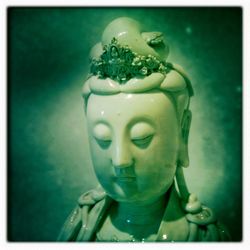 She was ordained in 584, the first Japanese of either gender to be ordained as a Buddhist monk. In 588, she traveled to Korea for monastic training and eventually established a thriving female order in Japan. [late 500s]

The second and third Buddhist monks in Japan, both were ordained shortly after Zenshin and trained with her, helping to establish Buddhism in Japan. [late 500s]

She was an Empress and the first member of the Imperial family to be ordained as a Buddhist. She « profoundly shaped the contours of Buddhism in ancient Japan. » At her urging, the Emperor established National temples for men and women and the Sodo/Ni-sodo system was begun. She also copied sutras and altogether made « monumental contributions. » [Arai] [701-760]

Disciples of Dogen in his early teaching years. Shogaku was a distant relative of his and an aristocrat who donated land and money to help build Kosho-ji.

She was one of Dogen’s main disciples, though ordained elsewhere, and her high understanding was noted in writings of other masters. Dogen wrote an exhortation specially for her and mentioned her accomplishment in a Dharma talk and in the Eihei Koroku. She was an old woman before her ordination and died before he did. [early 1200s]

She was ordained as a Daruma-shu nun, but became a disciple of Dogen’s at Eihei-ji. She spent more then twenty years with him and attended his sickbed. She also helped Koun Ejo in the transitional politics following Dogen’s death. There is an indication that she helped to record the Zuimonki. [early 1200s]

She was a disciple and heir of Giin, who was a disciple of Koun Ejo. She was given the practice of venerating and copying the Lotus Sutra. [late 1200s]

She is considered one of the most important women in all of Rinzai Zen. She was heir to Mugaku Sogen, the founder of Engaku-ji.. After her transmission, she established a temple known as Keiai-ji, the first sodo for women in Japan. She is also known as Chiyono (of the empty bucket). [1223-1298]

She was the mother of Keizan and in her time became abbot of a Soto convent called Joju-ji. She was a great believer in miracles made possible through devotion to Kanzeon. Keizan praised her for unfailingly teaching Dharma to women. Her influence led to his vow to help all the women of « the three worlds and the ten directions » in her memory. [1200s-early 1300s]

En’i is mentioned in Keizan’s Doyaki, where he encourages monthly ceremonials in her honor « in perpetuity. » She donated large pieces of land to support the community.

Yôdô was the fifth abbess of Tôkei-ji and a former princess. She was a Dharma poet, and for the Wesak festivals composed many verses which became used as teaching verses and koans for generations of nuns following her. One of her poems reads: « Decorate the heart of the beholder, / For the Buddha of the flower hall / Is nowhere else. » [1300s-1400s?]

She was a disciple of Keizan and Sonin’s mother, but remained a householder with considerable money and power. She donated land to the temple. Keizan said the sangha would honor her forever in an annual ceremony [early 1300s?]

She was a disciple of Keizan and the daughter of Shozen. She was ordained in 1319. (Her husband was ordained a few years later as Myojo.) She and her husband gave a great deal of land to Keizan and invited him to found Yoko-ji there after dismantling the family home to allow this. She was the first abbot of Entsu’in, an important convent.. Keizan called her the reincarnation of his grandmother and said that he and she were inseparable. [early 1300s]

She was Keizan’s cousin and became abbot of Entsu’in after Sonin, and later abbot of Ho-o-ji, a convent. [early 1300s]

A devout nun for many years, she became the third teacher of Tokei-ji and fended off a rape using her spiritual power, by turning a roll of paper into a sword. [1300s]

An imperial priestess who became a Zen abbot at a time of significant political change; she was renowned for painting and poetry. [1619-1697]

She was the sister of Ryoan Emyo. Her brother refused to ordain her or sponsor her because she was beautiful and he believed she would be a sexual temptation to the monks. So she shaved her head and scarred her face with hot pokers. There is a memorial statue to her at which people make offerings in Saiko-ji at Odawara. [1600s-1700s]

She became a monk at 26, leaving behind her husband and children. She entered a Rinzai training monastery (Hokyo-ji) but was denied ordination by two masters because her beauty would distract the monks. She burned her face with a poker and was then ordained by Haku-o. He certified her enlightenment and she became abbot of Renjo-in and a respected poet. [1646-1711]

She was head of Hakuju-an, a women’s temple now next to Eihei-ji where Soto nuns stay (because they are no longer allowed to stay at Eihei-ji). This was a time of increasingly strict prohibitions on women in social and political life, and female monastics were given less and less independence. She and Teishin are some of the last women of the period whose names are known. She was probably a disciple of Menzan Zuiho.. [1700s]

She was a disciple of Hakuin from the age of 16 to 23. She continually engaged him in Dharma combat. After her enlightenment experience, he told her to get married in order to understand how to bring Zen into the practice of daily life. She became his Dharma heir and was highly respected. [1700s]

She became a prostitute as a teenager in order to support her family after her father lost his work. Despairing this fate, she was advised by Hakuin to ‘consider who does this work.’ She attained awakening after fainting in fright when a bolt of lightning struck nearby. Hakuin certified her awakening and sometime later, after more work as prostitute, she became a nun. [1700s]

These four nuns established the Aichi-ken Soto-shu Niso Gakurin (commonly called Nigakurin) on May 8, 1903, nine months after the Soto-shu regulations prohibiting women’s education facilities were lifted. They were key figures in re-opening Soto to women after centuries of increasing limitations. All four spent their entire adult lives striving to create monasteries for women at a time of tremendous political and social upheaval. [late 1800s-1900s]

She was born in 1898 and wanted to be a nun from a very young age. Kojima eventually became the first leader of the Pan-Japanese Buddhist Nun Association, a group supported by Koho Zenji when he was the abbot of Soji-ji. She was executive director of the Japanese Federation of Buddhist Women and the only Japanese of either gender at the 3rd and 4th International Buddhist conferences.

In the middle of the century, in spite of the war, Kojima led a fight to equalize the treatment of women within the Soto-shu. Only a fraction of the money spent on the training of men was available to women, and the women’s training was strictly limited in terms of education and practice. Their transmissions were not officially recognized, they couldn’t transmit their own disciples, and weren’t allowed to participate equally in the Soto-shu administration. Paula Robinson says of Kojima, « She was notorious for speaking out at official sect meetings, frequently the only nun among many powerful male leaders of the sect. She pounded her fist and spoke with conviction. » On Sept. 29, 1952, she received an award of excellence from the Soto-shu.

Something akin to true equality was finally offered in 1989 when nuns were given the right to be named Zen Masters and temple heads. Kojima died a few years ago, in her 90s.

An heir of Hashimoto-roshi and abbess of Kaizen-ji Temple in Nagoya. She taught robe, rhakusu and o-kesa sewing and brought this craft to the United States in the early 1970s. [1907-1982]

One of the first Westerners of either gender to train in Japan. She studied with D. T. Suzuki, was an important translator of work into English, and restored Ryosen-an (a sub-temple of Daitoku-ji) with her own money and served there as priest, the first American woman ever to do so. [1893-1967]

Maura O’Halloran was born in Boston in 1955. In 1979, she followed her interest in meditation to Japan. She knew very little of Buddhism or Zen (or Japan) when she arrived, but was ordained and given the Dharma name Soshin, which means both « great enlightenment » and « simple mind. » She trained for three years and in 1982 received transmission. One of her hopes was to start a Zen Center in Ireland. Six months later, at the age of 27, she was killed in a bus accident in Bangkok. There is now a statue of Soshin as an incarnation of Kanzeon at Kannon-ji. [1955-1982]

A student of Yasutani and Soen Nakagawa, ordained by Eido Shimano of Dai-bosatsu, Stuart was leader of the Cambridge Buddhist Association for eleven years, and was named a roshi by Soen Nakagawa. She had many students of her own.

Born in Germany, Gesshin studied in the U. S. under Sasaki Roshi and Hirata Roshi. She founded the International Zen Institute of America and Europe and eventually received transmission as a dharma heir in the Vietnamese Rinzai Zen line of Thich Man Giac. Her complete name was Gesshin Myoko Prabhasa Dharma.

Kennett was the first western woman (and one of the first westerners ever) to train at Soji-ji. She was ordained and transmitted in both Malaysia and Japan, and given inka by Keido Chisan (Koho Zenji), the Abbot of Soji-ji. She came to the United States in the 1960s and eventually founded Shasta Abbey, a traditional training monastery for both men and women. She interpreted and translated Dogen’s work and the Soto liturgy into English and has many Dharma heirs who continue to teach. She is honored as the founder of Dharma Rain Zen Center, among others. [1924-1996]

May we live our lives in such a way that we honor all women of the dharma, and all those beings, women and men, known and unknown, who have given their lives for the benefit of our present practice. May the merit of this awaken compassion in our hearts, save all beings in the three worlds, and make the four wisdoms perfect together with all living things. May this sangha prosper, and all misfortune cease. 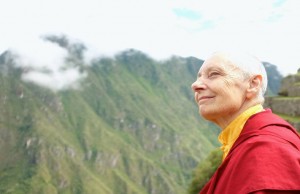